Reported via mobile in the Fly Tipping category by Juliana S at 18:05, Wednesday 25 January 2023 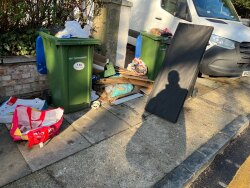 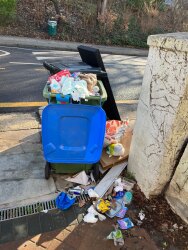 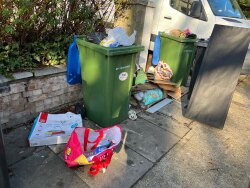 Bins are outside a bus stop which passerby’s by have been discarding rubbish in to and fly tippers have been dumping and is getting worse. It’s spilling across the pavement - it’s a school route and our drive. It has been like this since December