Reported via mobile in the Pavements/footpaths category anonymously at 11:00, Saturday 17 September 2022 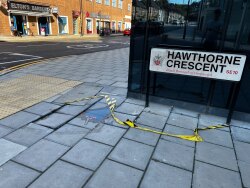 This has been an issue for 18 months plus - Thames water attempted to fix it, but unsuccessfully. Will become more of an issue in winter as water freezes.