Reported via iOS in the Pavements/footpaths category anonymously at 22:54, Thursday 15 September 2022 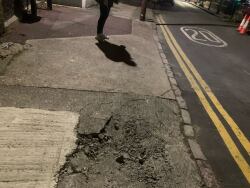 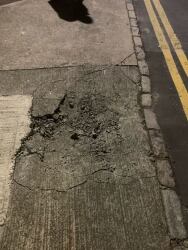 The pavement at the end of Eastney street (junction with old Woolwich road) has cratered and is in a dangerous condition.