Tree fallen from storm and pulled down barrier fence

Reported via mobile in the Trees category anonymously at 08:20, Thursday 7 April 2022 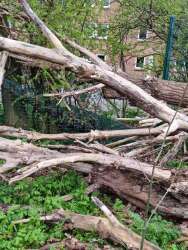 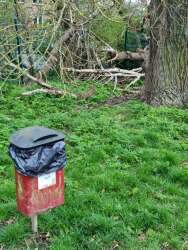 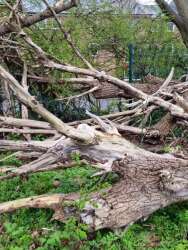 Metal fence that is the barrier between park and campus car park has been ripped open from a large fallen tree. This is exposing a wide open ing in which small children and dogs can enter the car park to the University. The large tree needs to be removed that has caused this damage or at least cover the wide opening with some protection to prevent small children and dogs entering the campus car park. Pictures attached.