Reported via mobile in the Roads/highways category anonymously at 14:37, Monday 11 October 2021 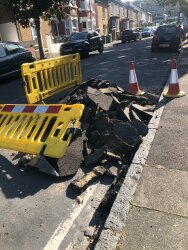 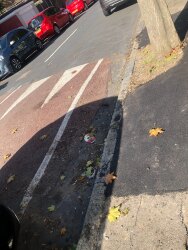 Works was done around a tree trunk, where the roots was lifting was a hazard for Pedestrians. They have re-tarmac but have not taken away the old tarmac or cleaned their area where they were working. It’s dangerous and needs to be removed ASAP.