Reported via mobile in the Parks/landscapes category anonymously at 18:04, Monday 4 October 2021 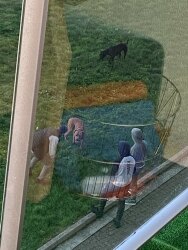 Hello, this has been reported before but nothing has been done. A resident of 23 miles close has massive dogs which are taken out numerous times per day. Not once the poo ( which is a massive shit as dog is a size of a pony) has been picked up resulting in the green area becoming full of dog poop and resulting smaller dogs going there getting poisoning and people stepping g in to shit. Not once these people have been seen carrying a dog poo bag with them. This is unacceptable and residents are getting really really annoyed. Can someone do something about this urgently. This is in the area on the river side where the balconies are. This has been going on for 6+ months already and no ones has been fined yet.