Reported via mobile in the Pavements/footpaths category anonymously at 11:47, Mon 13 September 2021 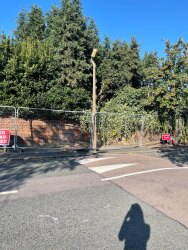 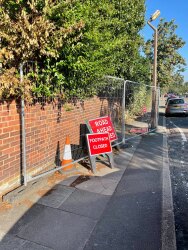 The wall opposite my house was damaged by a car months ago, and these barriers and signs were put there. Since then nothing has happened. The pavement being blocked is a nuisance for children walking to and from the schools locally. In addition to this it is an eyesore for the street. Please can you let me know if there is an update regarding the repair of this wall.