Reported via mobile in the Pavements/footpaths category anonymously at 19:10, Fri 3 September 2021 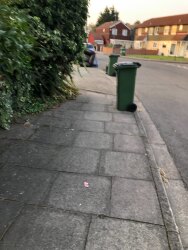 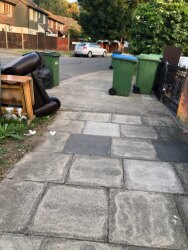 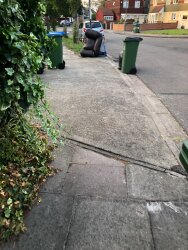 The bushes in the garden of 28 Epstein Road are overhanging the pavement, severely restricting the footpath. The domestic rubbish (leather chair) dumped by 26 Epstein Road are causing further obstruction. On bin collection days the problem becomes much worse resulting in the need to walk in the road , on a blind bend, to pass. Reported on Royal Greenwich site against references 1593434 and 1579745 but no response other than automated email. Almost a month now since I first reported it.