Reported via desktop in the Roads/highways category anonymously at 14:53, Tuesday 10 August 2021 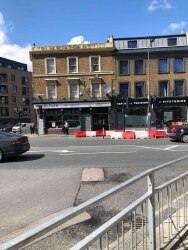 I've just witnessed another car turn right from Vanbrugh Hill, straight into the poorly signed bike path, causing a bike to mount the pavement. I've witnessed more near-misses in the last 6 months or so than the entire 10 years previously that I have lived in Greenwich