Another large and dangerous pothole 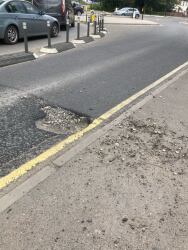 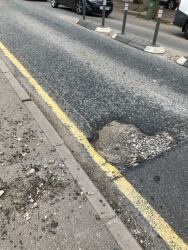 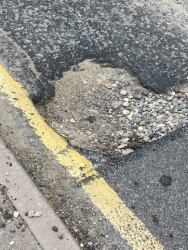 Another large pothole has appeared in the opposite carriageway to an existing one. These are extremely hazardous to cyclists and motorcyclists but no action has been taken. This new hole is very deep and increasing in size daily.