Reported via mobile in the Trees category anonymously at 09:54, Thursday 24 June 2021 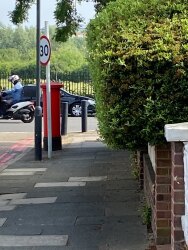 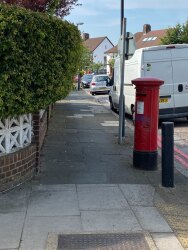 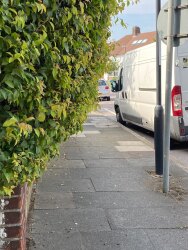 Corner of Eltham Road and Cedarhurst Road SE9: large bush overhanging property, which is up to 80cm beyond boundary wall for several metres to side and front aspects of garden wall; encroaching upon available pavement space. This makes social distancing difficult due to letter box and road sign. Also smells unpleasant due to dampness and overgrowth caused by neglect of owner to adequately prune. This has been an issue for several months.