Bollard knocked down by lorry

Reported via desktop in the Pavements/footpaths category anonymously at 14:47, Wednesday 28 April 2021 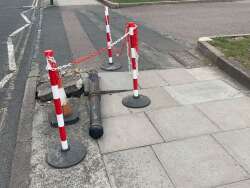 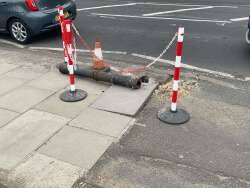 A lorry knocked the bollard over in the pavement outside Greenwich Free School. We have moved it out of the road but the paving slabs were ripped up as well and it is a serious trip hazard.