Reported via mobile in the Abandoned vehicles category anonymously at 16:01, Tuesday 20 April 2021 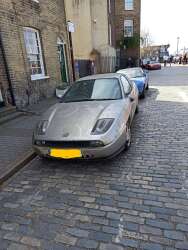 Car has been abandoned for at least 6 months. Parked at 13 Ballast Quay. No tax or MOT on record. Evidence of neglect including damaged mirror.