Reported via mobile in the Pavements/footpaths category anonymously at 06:47, Tuesday 20 April 2021 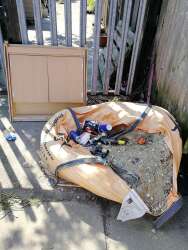 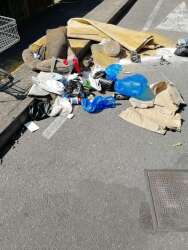 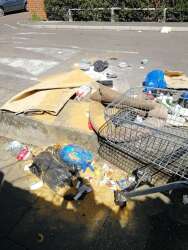 Once you enter the Barthmews Road the footpaths are a disgrace, full of dumped rubbish everywhere. Specially in front of the alleyway between 129 to 115 Barth Road where there's an old shopping trolley and all sorts of rubbish around it including a bag of sand and gravel left with all sorts of cans of beer inside.