Reported via iOS in the Pavements/footpaths category by Patricia Roud at 13:02, Thursday 8 April 2021 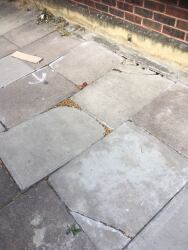 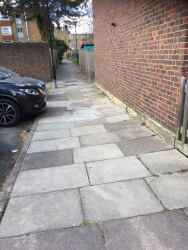 The paving stones are moving due to subsidence below. While one edge of paving stone is below ground level, the opposite edge is now a dangerous trip hazard, as well as being a potential sinkhole.